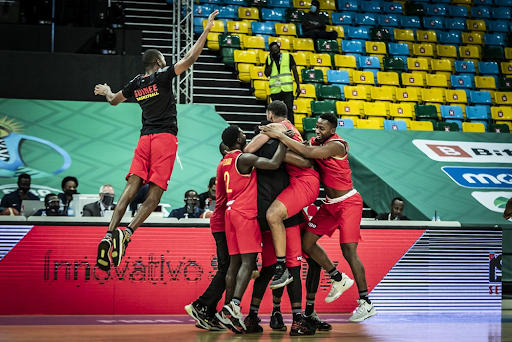 Guinea got the best of Egypt as they beat them 86-78 in their best showing of the tournament. Sharpshooter Cedric Mansare put up 25 points to claim the win against Egypt as the team continued to miss one of their best players in Anas Mahmoud. If Tunisia beats the Central African Republic, then Guinea is going to advance ahead of Egypt and the Central African Republic. Tunisia has already advanced to the next round, and Guinea pulled off an upset to further their chances.

Although the Egyptian squad did miss Anas Mahmoud, they still fielded a strong unit with players like Ehab Saleh, Ahmed Metwaly, Amr Abdelhalim, Omer Farag, etc.. Ehab Saleh who is the tournament’s second best scorer sizzled again and continued to be Egypt’s most effective scoring option, nailing 21 points and grabbing 6 rebounds. Guinea took a stunning 13-point lead in the first half, and then Egypt just played catch-up. For Guinea, Cheick Sekou Conde had another strong game, finishing with 16 points. Guinea has a strong chance of qualifying as aforementioned Tunisia has been on fire this tournament and is motley likely to notch a win in their last match of the group stage.