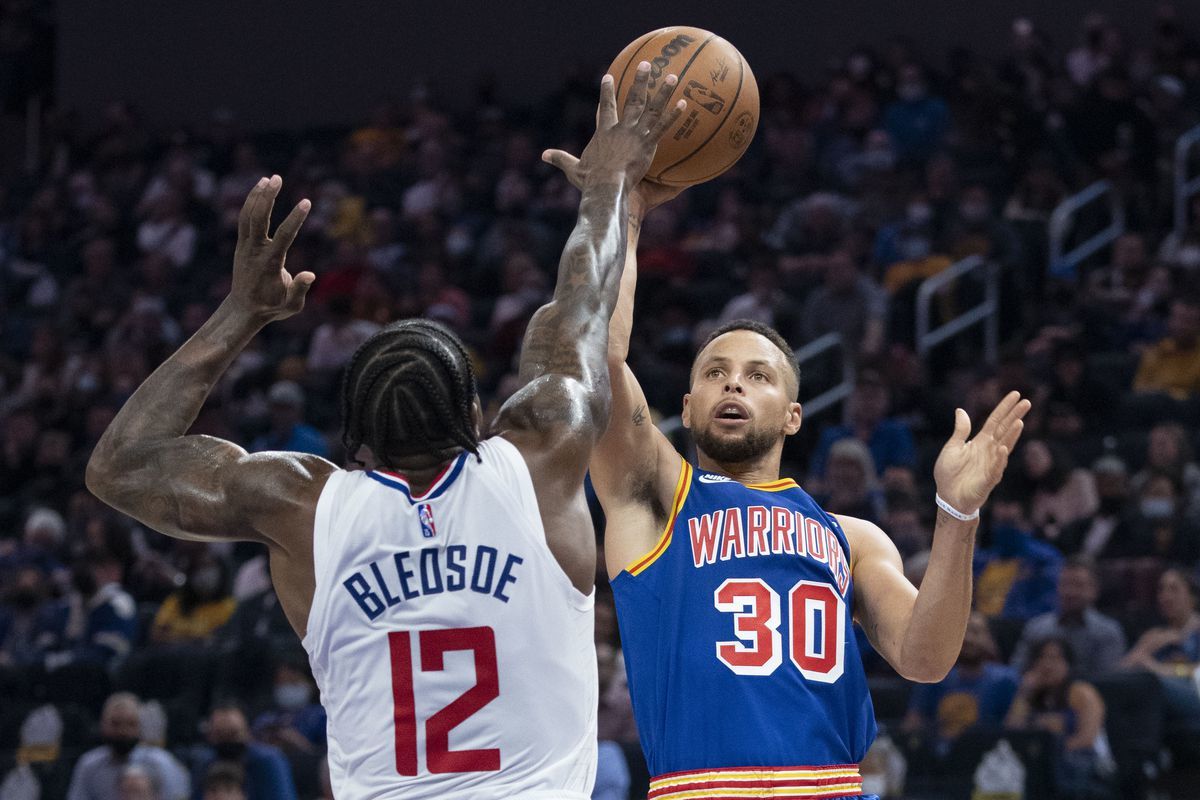 “Ouch, not them again!” is an expression that the Warriors have induced all season long. In this game, they visit the Los Angeles Clippers for an exciting inter-conference match-up. Warriors have the best record in the league, losing a mere 2 games and winning 17. Meanwhile, LA Clippers are three games above the 50% win mark. Simply head to the “Notes” section for quick notes.

Golden State Warriors: Nowhere to hide against them

Why the offense clicks: Curry, Poole, and Wiggins are types of scorers who have multiple moves and can be effective both in fastbreak and slow-paced situations. While Curry fetches around 25-35 points on most nights, Wiggins dips in 19-25 points regularly and Poole has notched between 14-22 consistently. With Green and Curry as two playmakers, the Warriors’ ball movement is one of the best in the league, and the team averages 29.5 assists per game, which is by far the best number. Warriors average the most points with 114.5 per game and they are relentless in terms of running their sets.

Defense grinding it out: Golden State has a defense that has been built through the immense application of Steve Kerr. Wiggins and Green at the Forward positions give this team an inside-out hybrid-styled defense, while Looney is solid in the middle. Curry can fight through screens while Poole has learned the system too. The switch-heavy Warriors don’t mind different looks from the opponent’s offense. Warriors allow around 101 PPG which is the best defensive number whereas opponents shoot just 42% against them, which again puts them at the top.

Los Angeles Clippers: Can get cold at times

Offense can be frozen: Clippers face a huge challenge here in the Warriors. Golden State is a superb defensive team and the hosts are at times ice-cold from the field. When George has to put up 25 shots or more, those are not encouraging signs and when Reggie Jackson is also asked to put up 20 or more shots, that is even a more dangerous sign. These two only seem to be the shot creators for the team without Kawhi as Bledsoe has been limited to single figures many times. Zubac gives 10-15 points, Mann and Kennard can give some production but the offense is largely shouldered by Jackson and George.

The defense has fought well: No one has scored more points per game than the Warriors but the Clippers are not a terrible defensive team. They allow 102.5 points per game and limit the opposition to 43% from the field. The experienced trio of George, Bledsoe, and Jackson can shut down the perimeter and create interruptions in the passing lane and that is why teams hand over below 22 assists against them, making them top-four in that regard. If the Clippers maintain the current winning rate and defend like they have done all season long, Kawhi will come back to a rather well-versed squad.

Points Range: Of course, the Warriors can put up 115 points or more in most games but it may not be that easy away from home against the Clippers. Still, while saying that there is still this looming sense of apocalypse for teams when Golden State plays them anywhere. Clippers have had trouble scoring and the Warriors will only further their troubles. Feels like this will be a 210-218 points affair. But ah, the Warriors can pull points at the drop of the hat.

Prediction: Can you even bet against the Warriors these days? That seems to be a cardinal sin. Still, this feels like a close game, a game with momentum shifts. The prediction is not for a winner but for a close game here.