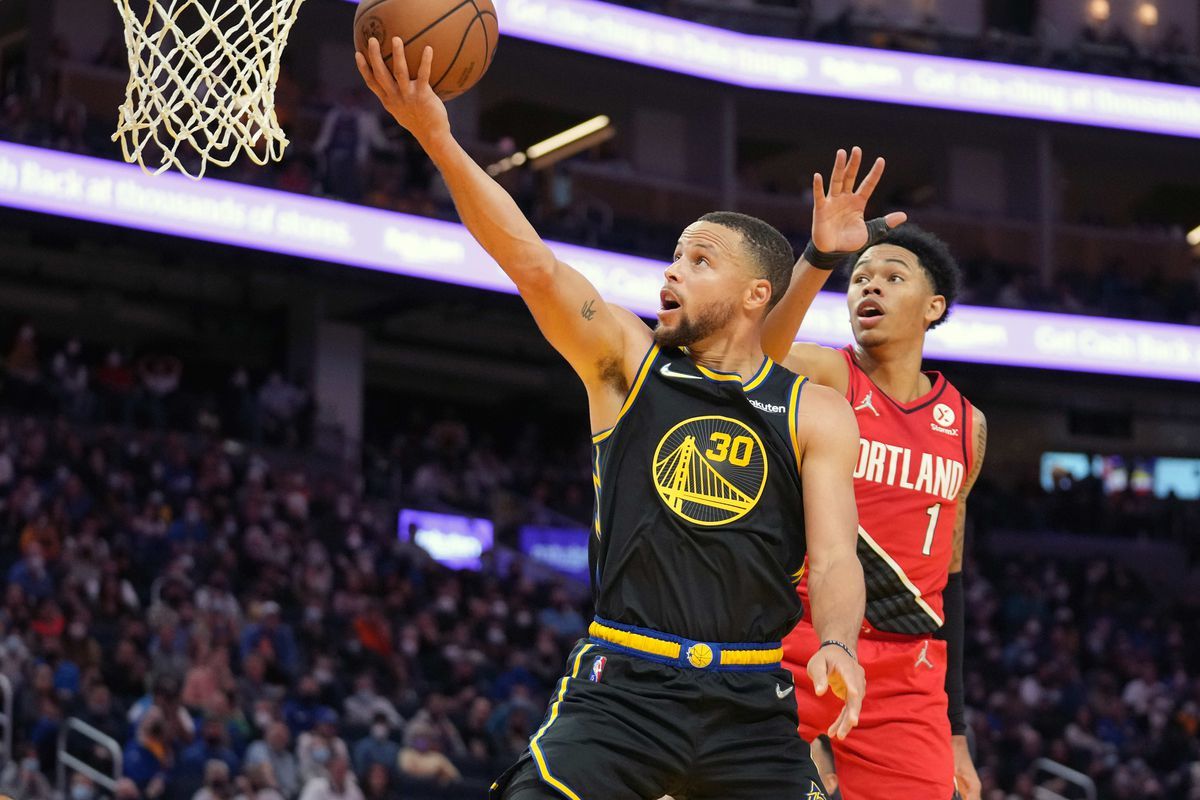 NBA betting is a tricky affair as has been proven time and time again throughout the season. Well, in a league where each team has to play 82 games, there has to be a lot of varied scorelines and results. And as the dash to the Playoffs keeps getting closer. The excitement level also increases among fans as they peer at the teams that can make a deep Postseason run out of nowhere and light up the league. And this is why we have reached a crucial phase in the season as the last few spots for the Play-in tournament are very much in the grasp of some of the bottom-five squads. And as the dash keeps getting intense the Portland Trail Blazers will clash against the Golden State Warriors.

The Trail Blazers have been below the 50% win for most of the season and have 25 wins and 34 losses record. However, they have been on a four-game winning streak as their unit has made strong bidding to keep hold of the tenth position in the West. However, they will be without leading rebounder and key Center Jusuf Nurkic. On the other hand, the Warriors have been the second-best team in terms of the record and have clasped 42 wins and 17 losses. However, they have lost four out of their last five games, hitting one of those cold spells with Draymond Green out of the fray for at least another three weeks. They will play five of their next six games away from home. Can they recover their ways as they face a vulnerable Trail Blazers unit? To know my game total and result prediction, jump to “Expert Betting Tips”. For my player-based statistics, go to “Player Performance Prediction”.

Trail Blazers can be in trouble without Nurkic

The Trail Blazers mounted a four-game winning streak before the All-Star break and they have been able to eke out two wins in a row against the title contenders in the Bucks and Grizzlies. The trouble for the team is on two fronts, first, they will play without Nurkic who has been one of their best players this season, and then secondly, they will play a tough schedule, playing away from home and against successful squads like Warriors, Nuggets, Timberwolves, and Jazz. The combination of Hart, Simons and Winslow has been effective but with Nurkic, the thinned-down Trail Blazers bench can be further depleted. Who will play the Center for them? Will it be Watford or Greg Brown meaning the Trail Blazers will run it with a small-ball lineup?

Warriors need to make another push

The Warriors are in a close tussle with the Grizzlies for the second spot in the Western Conference. They have been hurt a little bit recently with four losses in five games and that is a window that can surely put Grizzlies over them. Memphis has just one less win and two more losses than the Warriors and with the way they have played, Golden State must make a late push to seal the second-ranking. However, this is a Warriors that also went on a nine-game winning streak from late January to February. So, yes, don’t be surprised if the core of Curry, Thompson, Wiggins, Porter Jr., Poole, Looney, Kuminga, and Bjelica look to secure another winning run and build more distance from the Grizzlies. So, how will the upcoming window be for the Warriors?

Points Range: The Warriors are a prolific three-point shooting squad and well, if Curry starts cooking, you can see a bunch of points being put up in hurry. Their defense has been struggling a bit recently and they haven’t been as elite since Green has been out. And with Nurkic out, the Warriors can also eke out an edge at the big Forward and Center position. While Simons, Hart, and Winslow have been formidable in terms of scoring but their scoring can be hurt without Nurkic. I believe the Warriors can score at least 110 here while holding the Trail Blazers below 107. I think the total points range is 220-230.

Prediction: As stated above, the Trail Blazers will be hurt without Jusuf Nurkic and that is one position where they have had some edge during many nights but again, a huge component will be missing here with him out. On the other hand, the Warriors are way deeper than the Trail Blazers and they have one of the sturdiest backcourts in the league. I believe the Warriors will clasp a win here with a scoreline of 116:105.