Augsburg vs. Bayer: Will the Bavarians win and the Fuggers fail to score? 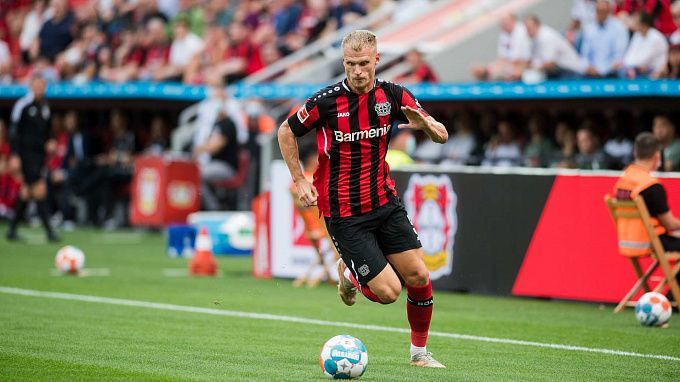 In the third round of the German Bundesliga, Augsburg will face Bayer. Augsburg have made little impression so far, while Bayer secured a crucial victory over their main rival, Borussia Mönchengladbach, in the last round, and are well-deserved favorites for the upcoming game.

The cup game against Greifswalder did not promise that Augsburg would not score a single goal in the next two Bundesliga games. The Bavarians did not score once against Hoffenheim, but they conceded four times. Against Eintracht the situation in terms of shots on goal was the same, but this time the Fuggers at least managed to keep their net safe. The Bavarians have made some progress in defense, but Weinzierl's team is very bad on offense.

Bayer have a new head coach, but at the same time, the Company's Eleven overcame the first round of the German Cup without any problems and in the two opening rounds of the Bundesliga scored as many points as Bayern, four. In their first home game, the Bayer defeated Borussia Mönchengladbach 4-0. Not sure that the Colts deserved such an end, but Stindl did not score the penalty, and Sommer at least a couple of times did not save. So far Bayer makes a good impression, and the fact that Bayer are the favorites is no surprise.

Augsburg and Bayer drew 1-1 in the second-round last season, but before this match, Bayer had defeated the Fuggers five games in a row. In other words, we can say that Augsburg is a comfortable opponent for Bayer. We believe that Seoane's team will bring home three points from Bavaria, and considering Augsburg's offensive potential, we won't be surprised if this win turns out to be a win to nil. We offer the following bets: W2 for 1,68, BTTS - No for 1.99