Udinese vs Milan: the Rossoneri may be too exhausted after Liverpool 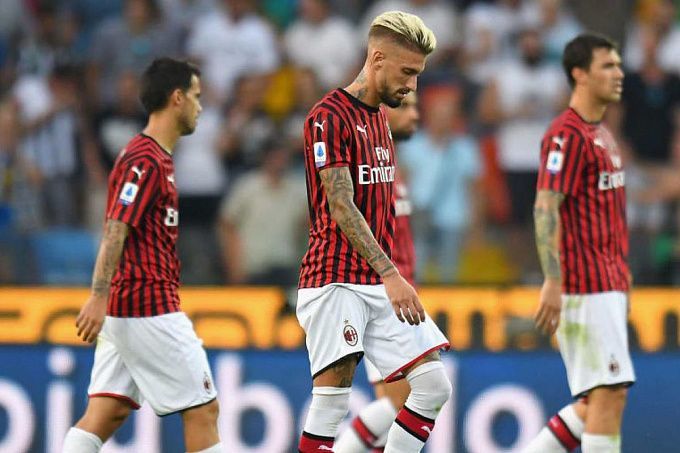 Milan are out of the Champions League. Stefano Pioli's team lost at home to Liverpool. Maybe it's for the best – now the Rossoneri will not be distracted in the spring when the most important matches in the fight for the Scudetto will begin. Currently, the Red and Blacks are first in Serie A. The next opponent is Udinese.

What is more, they lost. Luca Gotti's team had an unsuccessful trip to Empoli, where they failed to cope with Aurelio Andreazzoli's tean. 1-3, as Udinese opened the scoring in the first half, but lost the second half with a clean sheet, conceding three unanswered goals. The Zebras remained 14th in the Serie A standings, just six points ahead of the relegation zone. Udinese has been winless for 4 rounds in a row, 2 losses, 2 draws. In the last 13 games, Luca Gotti's team had only 1 win, 6 defeats and 6 draws.

Milan spent a lot of energy

Winning the home game against Liverpool would have taken AC Milan into the Champions League playoffs. But the English and Italian sides are now far too different. 1-2 - the Rossoneri lost to the Reds. As early as minute 29, Fikayo Tomori opened the scoring but Liverpool responded in the dying minutes of the first half with a goal from Salah. Origi set up the final score at the beginning of the second half. Liverpool confidently won the group stage, while AC Milan remained in 4th place, behind both Porto and Atlético, and even losing their place in the Europa League.

The loss in Europe is disappointing, but it will allow Stefano Pioli's team to focus on the Italian championship. Fortunately, all direct competitors have secured a ticket to the European spring, which means they will have to distribute the forces. Accordingly, AC Milan have the most realistic opportunity to win the long-awaited Scudetto. In the previous round, the Red and Blacks defeated Salernitana 2-0 at home and moved up to first place in the standings. The handicap from the nearest pursuer, which is currently Napoli, is 1 point.

Milan has not won in Udine twice in a row since the mid-2010s. It probably won't happen this season either. The Rossoneri had a very energy-consuming encounter with one of the strongest clubs of recent years, Liverpool, and Milan might not have enough strength for the trip to Udinese, which is traditionally very difficult for all clubs in Italy. The only hope for the Rossoneri is the genius of the great striker Zlatan Ibrahimovic, but the Swede must have been exhausted by the game against Liverpool, having spent all 90 minutes on the pitch.

Prediction: Udinese will not lose to Milan.