Real Madrid vs Real Betis Prediction: Bet on a confident win for the Meringues 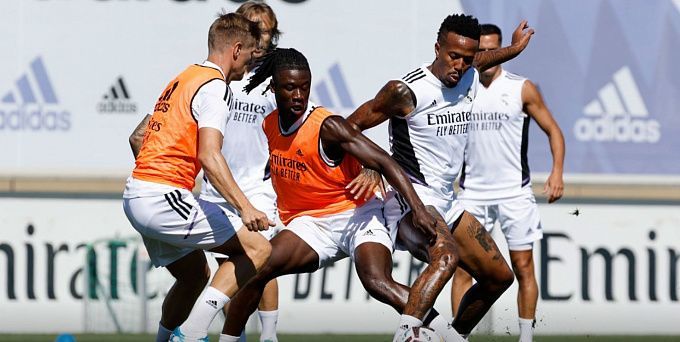 One of the centerpieces of the game day, Real Madrid will face Real Betis in round four of the Spanish Primera Division. Bookmakers have given the preference to the reigning champion of Spain.

Real Madrid are off to a superb start. A victory over Einracht 2-0 in the UEFA Supe Cup, and three consecutive victories in the Spanish championship over Almeria, Celta, and Espanyol. Real Madrid has scored a total of nine goals in the current La Liga. At the same time, each match saw the Meringues concede once, i.e. both teams scored. It is also worth noting that Real Madrid has not played a single game at home since the start of the season, and the upcoming one will be the first one at home. One more reason to bet on Ancelotti's team.

“Our ideas won't change and we want to keep the same system and retain our identity. We push harder at home and we will try to be more intense, aggressive. It's a tough game because Betis produce some good football, they're in great form and playing with confidence. But we're in good shape and now the season really starts because we've got games every three days. The squad is ready to compete in every competition".

Like Real Madrid, Betis is very good at the start of the season. The Green-and-Whites have won three out of three matches against Elche, Mallorca, and Osasuna. They have not yet had any top opponents, but the statistics suggest that Sevillians are in really good shape. They are the closest pursuers to Real Madrid and, at the moment, their main rivals.

Despite the last head-to-head encounters bein low-scoring, we believe that Saturday's match will turn out to be rich in goals. First of all, both teams are in great form, Real Madrid has never scored less than two goals per game, and Betis has won every official match this season. As for the outcome, it is obvious that betting on Real is the best option. After all, it’s their first home match, which only increases the motivation. We offer these betting options for the meeting: