Spain vs France: The Blues to win the UEFA Nations League 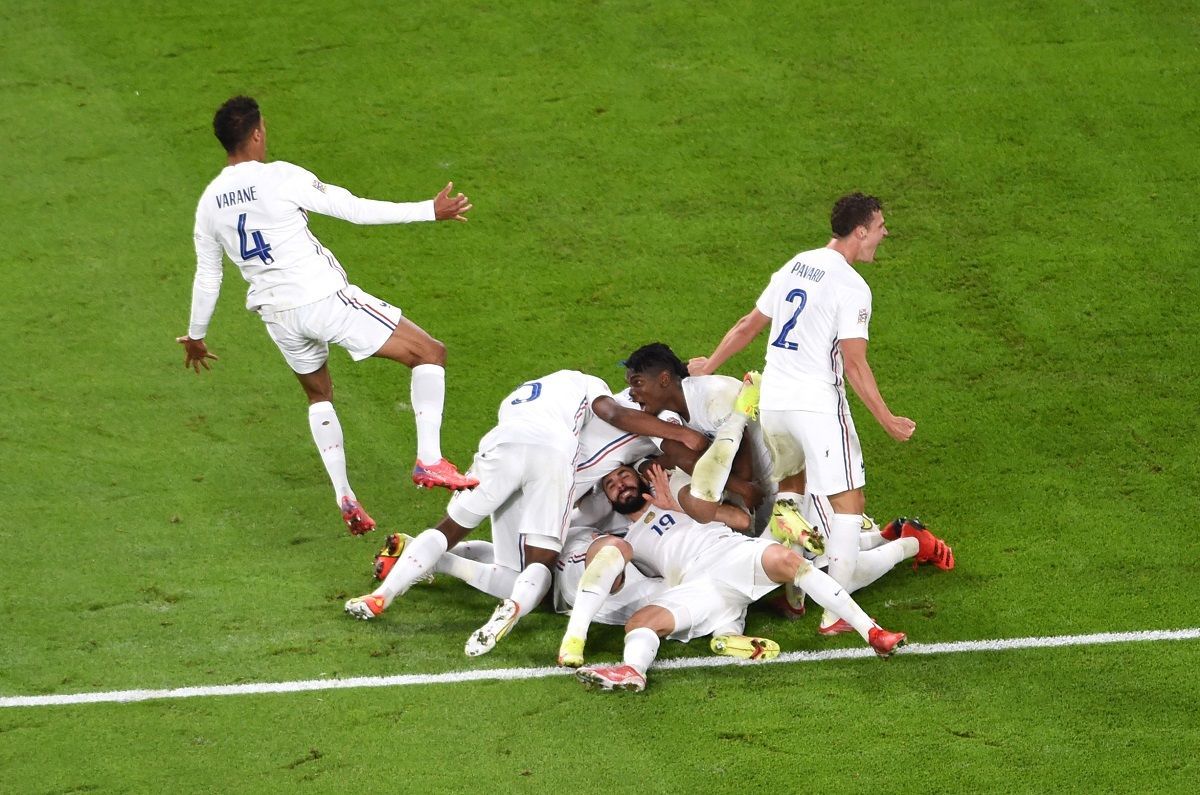 The France national team beat Spain only once in their last 7 head-to-head encounters. Will Didier Deschamps’s team manage to improve these stats? Our prediction: the Blues will be closer to victory this time!

The Spain national football team has not won a title for a long time, as all the recent years saw a change of generations. The latest results show that this process is close to completion. The Red Fury managed to reach the semifinals of Euro 2020, losing only to the future champion in a penalty shootout, and now they have reached the finals of the UEFA Nations League, taking revenge on the Italians. Luis Enrique's team was very successful in their semi-final clash: Ferran Torres scored a goal on minute 17 following a cross from Mikel Oyarzabal, then Leonardo Bonucci was sent off, and later Torres converted the penalty. All they had to do was hold on to the power play, which the Spaniards did, although they conceded late in the game, the final score 2-1.

The France national team is the reigning world champion, who was expected to show the same successful performance at Euro-2020, only for them to lose points twice as early as in the group stage, and then they were knocked out by Switzerland in the 1/8 finals, despite the penalty shootout 3-4. It seemed that Didier Deschamps' side would be all over the place in the 2022 World Cup qualifiers, trying to make up for their defeat at the continental championships, but in fact, they drew with the Bosnians and Ukrainians, then beat the Finns 2-0. The semi-final of the UEFA Nations League also started very roughly for the French, with the Belgium side trailing 0-2 at halftime. However, France managed to take a 3-2 lead in the second half thanks to goals from Karim Benzema, Kyllian Mbappe, and Theo Hernandez.

The teams have played each other 35 times, the Spaniards winning 16 encounters, the French victorious in 12 games, while 7 matches ended in a draw. The goal difference is also on the side of the Red Fury, 63-37. The last time the rivals met was in 2017 when the Spanish side won in a friendly match (2-0).

The French team is the reigning world champion, with many players since the triumph in Russia remaining. They have experience of big victories, but the Spaniards have just gone through a serious rebuilding and they have yet to get to the titles, but now it will be extremely difficult to resist a more powerful opponent. The psychology is also in favor of the Blues, as they will be hyped up after they saved the semi-finals match, and the Red Fury had to endure the whole second half, so they also missed at the end. As a result, betting on the French team to become the league winner for 1.82 seems inevitable.

The UEFA Nations League final is a short-term tournament, where the four strongest teams in Europe fight for the title. That is why it was hard to expect any of the matches to be rich in goals and emotions, but the semifinal battles surprised us by being spectacular and productive. France and Spain will be fighting for the trophy, so we certainly shouldn't count on a goal extravaganza here, and their last seven head-to-head encounters saw the opponents score only 11 goals (1.57 average per game) with no Total Over line. That’s why the best option seems to be Total Under (2.5) goals for about 1.68.

The French team has great players in the attack, but Antoine Griezmann scored only one goal in the last eight games in all tournaments, Kylian Mbappe complains more about his national team than plays, and only Karim Benzema is left to drag the Blues forward. The Frenchman is playing a phenomenal season in Real Madrid, having already scored 9 goals and made 7 assists in eight league games, and he scored four goals in four games at Euro 2020 for the French national team. And in the UEFA Nations League semifinals, it was he who rescued the team in a battle against the Belgians. In this situation, it is worth betting on Karim Benzema to score for 3.11.