Borussia Dortmund vs Sporting: No more than three goals 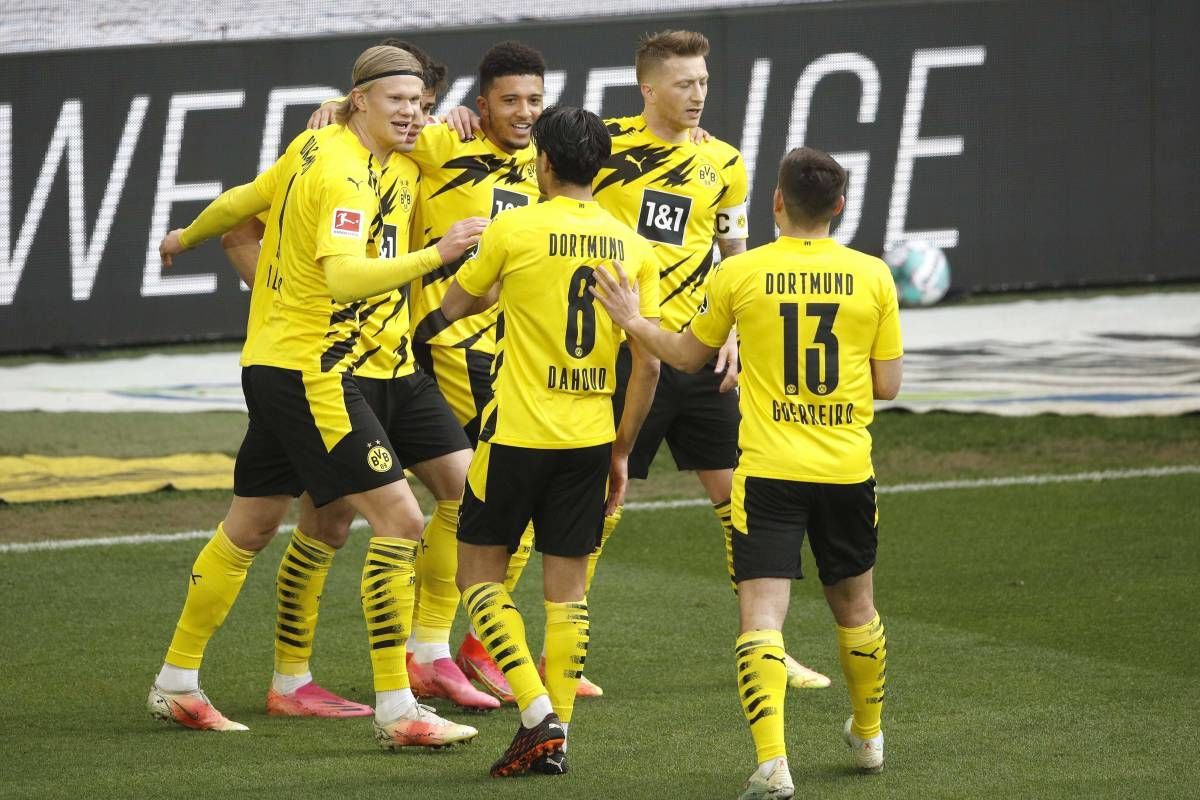 Borussia Dortmund will face Sporting Portugal in the second round of the Champions League. It’s not an easy pairing to bet on, primarily since it’s not clear that Haaland and Reus will be able to play in the upcoming game. As the match against Gladbach showed, this pair of players is crucial for the result. The Lions have a good opportunity to improve their tournament position at the expense of the match in Germany.

Before the losses of Reus and Haaland, things were going according to plan at Borussia Dortmund. A four-match winning streak, promising prospects in the Bundesliga, and, of course, in the Champions League, where Borussia Dortmund have an amazing group. After their defeat in Mönchengladbach, however, they started to have fears regarding qualification for the Champions League play-offs. Our pair are too crucial for the team. Different sources have different information. According to one of them, Reus will play. According to another one - he won’t, and as for Haaland, the sources agree that the Norwegian is more likely to play. But we should not forget that in addition to those two, among the injured are Brandt, Сan, Zagadou, Schulz, and Schmelzer.

The 1-5 defeat at home against Ajax was a shock for the Lisbon side. On the one hand, this result showed that all was not well at Sporting. On the other hand, there is probably no need to fill their heads with ashes after their first game at the top level. After this setback, the Lions have won two crucial victories at home to Estoril and Maritimo by the same score of 0-1. The fact that Sporting did not concede a single goal in this period means that the coaching staff emphasized defense, and the team, as we can see from the result, has done well, at least at the Portuguese level.

At the time of writing, we don’t know if Reus and Haaland will play for Borussia, and that’s fundamental. But in any case, the attacking power of the Germans is not at its peak. Even if the pair take to the field, it is unlikely that the leaders of the German side will be able to play at 100% of their potential. On the other hand, after their defeat at home to Ajax, Sporting will be very careful in defense, and the Southerners will not go to the trouble. In this match, we propose the following odds: Total Under (3.5) for 1.67, W1+Total Under (4.5) for 1.83.