Italy vs Wales: The Italians will try to stop Bale 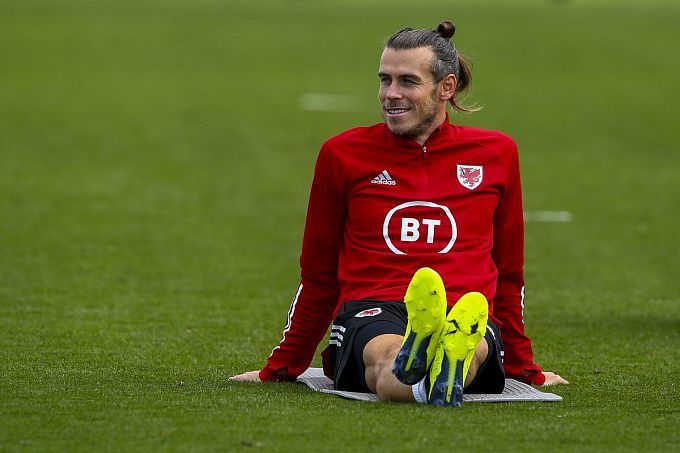 The Italian national team looks very powerful at this Euro. Roberto Mancini's team has two wins with a total score of 6-0. Will the Squadra Azzurra be able to score a blowout against Wales? Let's choose a few bets on the final match in Group A.

Is Italy aiming for the title?

In the first matches, the Italians really showed a top-level. Two dry victories, and even 3-0 - an incredibly amazing result! So far, however, it is worth considering Mancini's team as the favorites of the tournament. Yes, the high pressure is effective, the defenders are very reliable in the last third, and the team can often make great combinations in the attack, but it is the level of the opponents that matter. It is far from certain that the Italians will be able to play as strong matches in the playoffs, where on the contrary will be teams of the level of Belgium and France. Switzerland and Turkey, whom Italy defeated in the group, are certainly no match for the best teams on the continent.

Ciro Immobile, who has already scored two goals in the current tournament, should be singled out in the Italian squad. In the match against Switzerland Manuel Locatelli surprised - the 23-year-old Sassuolo midfielder made a double. Domenico Berardi from Sassuolo is also good - the forward has two assists. The Italian fans may be concerned about the poor condition of Giorgio Chiellini. The legendary defender left the pitch in the middle of the first half against Switzerland because of an injury, and his participation in the game with Wales is questionable. However, Chiellini was a great substitute for Francesco Acerbi from Lazio. In general, Italy's reliability in defense depends more on teamwork than on individual players.

Wales will definitely be in the playoffs

In the run-up to the Euros, it seemed that Wales was the weakest team in Group A. The Welsh team lost their head coach shortly before the start of the tournament - Ryan Giggs was sent off for non-football reasons. And as far as the squad is concerned, it seems there is nothing to rely on. However, as a result of the opening two rounds Wales already have four points. Following a 1-1 draw with Switzerland, Robert Page's team outplayed Turkey 2-0, virtually guaranteeing their entrance to the playoffs.

The change of coach was not a hindrance, largely because the old Welsh guard is fine. Aaron Ramsey scored the winning goal in the game against Switzerland. And Gareth Bale, although he did not convert the penalty, became a key participant in almost all dangerous attacks of the team. Thanks to Bale shifting to the center and dropping into the depths, Wales, like Scotland, for example, does not play straightforward British soccer. The Welsh are trying to play with combination and, it must be said, if the skills of Bale's partners in the attack were a little higher, they could simply destroy the Turkish team. In this game, by the way, Gareth Bale set a record for European championships created goal chances. Five in one match - no one had managed that before.

The upcoming match, not surprisingly, should be the most serious test at the tournament for Roberto Mancini's team. Stopping Gareth Bale, who is breaking records, is a challenge. The Welsh leader, organizing the attacks, drops deep into the field. This means that a large defensive load in the upcoming game will fall on the players of the Italian central axis. It is possible that the coaching staff of the Azzurra will even apply personal tutelage against Bale. Jorginho, who can not only start attacks but also can be reliable in defense, is a likely candidate. However, Barella and Locatelli, if they appear on the field in the upcoming game, will be actively involved in defense. By the way, the appearance of Bryan Cristante in the starting lineup is possible, just for the purpose of guarding Bale.

In general, the preoccupation of the Italian midfield in defense will definitely reduce the attacking potential. Italy will not score three goals this time for sure. Will it win at all? A tie is enough for Roberto Mancini's team to retain first place. A draw in the upcoming game will surely leave Wales in second place. Why don't the teams finish in the same way then? The prediction is a draw, maybe even zero.