The passing year brought plenty of disappointments. The much-awaited titles failed to live up to expectations. Sometimes the releases were so weak that there was a wish to forget them like a bad dream. We had enough crowds of bots, freezing textures, and indoor rain. But, there was a bright side to the year. It's a few but vivid titles that made our lives happier. They gave the world a great storyline and memorable characters. They pleased us with quality and a responsible attitude. These are the top five greatest games of 2021. They have been saving the gaming industry for the past twelve months. 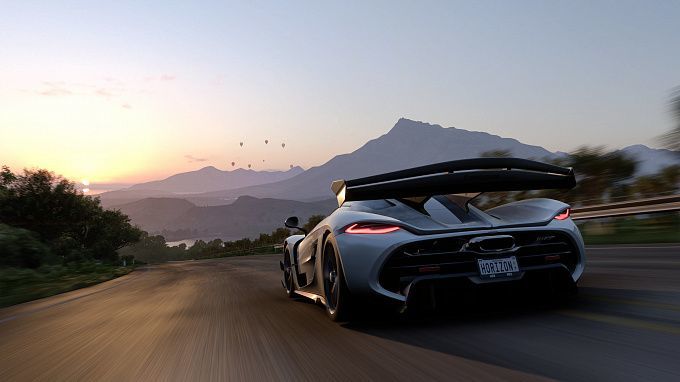 Josef Fares sends Oscars from the stage, works barefoot, and would prefer a bullet in the knee rather than NFT. The whole world loves him as a fool. Also, they love the projects that he presented to the audiences. One of the Fares' games picked up three nominations at The Game Awards this year. It was recognized as the title of the year, the best multiplayer, and the best game for the whole family. We're talking about the adventure game It Takes Two. It has undoubtedly become one of the brightest events of 2021.

The game combines psychology and fantasy, the harsh truth of relationships and childlike hope. Along with that, a perfect "puppet" stylization and a variety of quests. In the center of the narrative, there is a married couple on the edge of divorce. Cody and May quarrel increasingly and intend to end the marriage. Their young daughter decides to save the family. A book on psychotherapy and a bit of magic help her to do that. Cody and May turn into rag dolls and find themselves in an enchanted world. They must pass a series of tests to regain trust and love.

Hazelight used several techniques to diversify the gameplay. The biggest part of the game takes place in a standard third-person observation mode. But sometimes, the camera flips, the point of view shifts, and opponents appear from all sides simultaneously. The pace of the narrative constantly changes, too. It Takes Two is a collection of a wide variety of quests. Sometimes the user is required to complete a puzzle of items. Then the story slows down, and the player has time for some analysis. But the next moment, a dynamic chase begins. There is no time to slow down!

There is a huge number of mini-games in this adventure game. They differ a lot but are united by their symbolic meaning. All tasks are aimed at strengthening the bond between the spouses. Moreover, they aim to work through grievances by playing as a mole. By the way, Cody appeared to be a mole.

It Takes Two is a deep content flavored with great humor and a fantastic technical execution, cool style, and a variety of leisure activities. The game gets a well-deserved spot on the top of the best releases of 2021. 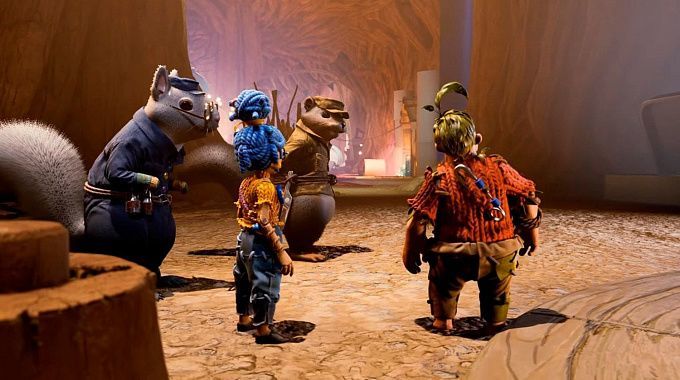 Hardly anyone doubted that this game would appear in that chart. It is not easy to name another character who made such a sensation. Lady Alcina Dimitrescu captivated the net even before Village was released. The three-meter tall vampire became the heroine of cosplay, fanarts, and memes. Her incredible charisma and sexuality attracted even those indifferent to Resident Evil. It is clear now why

Maggie Robertson won several awards in the best actress nomination. Dimitrescu can be called the most memorable character of the year. Well, who else could enchant the whole Internet?

And yet Dimitrescu is not the only character of the game. Not everyone was excited about the new Capcom's release. The developers have not experimented with mechanics. The storyline also fits into the general story of RE - it is a family drama, carnage, and other "delights". But in the series context, the game turned out to be extremely good. The studio used the old techniques but implemented them with all the responsibility. The appearance of the new hero, the transition to the "first-person" mode, and the creation of a rural setting made the story better too. Selling loot to the Duke, searching for resources in the cemetery, and exploring the world is a lot of fun.

The game will please you with various locations, enemies, and the need for improvisation. In survival horror, you will need not only guns and stones. Logic helps players to break windows to cool the bloodsuckers in Dimitrescu Manor. Running away is also an effective option. Or you are just pressing a hotkey to cover your face and reduce damage from the enemy attacks.

Capcom didn't embarrass themselves. They didn't rely solely on a sexy vampire in the game release. It's worth noting that she has even less screen time than we'd like to. Instead of focusing on the fanservice, the developers started to work on the technical side of the game. Resident Evil Village is about ten hours of exciting gameplay that combines horror and black humor. You'll like it. 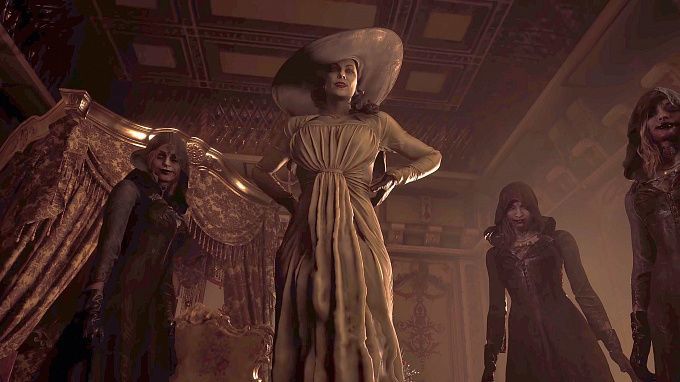 Marvel's Guardians of the Galaxy

Hardly anyone expected the project to get at least a "C". After the disgraceful failure of The Avengers, no one expected much from Eidos-Montreal. Advertisers also hammered a few nails in the game's coffin. While the PR for the Avengers losers was coming out of all the cracks, the guardians were quietly sitting on the sidelines. As a result, many users thought this was yet another mediocre "triple H". But in fact, we got a game worthy of the top releases in 2021.

The writers didn't follow the same path and dive into the movie replay. The game's plot rather correlates with the original comics. But the authors presented the familiar story in a new way. Therefore, the game feels like a distinctive and self-sufficient project.

If we compare the game with the previous releases, we should not compare it with The Avengers. Much stronger, we feel the vibe of Mass Effect and other space franchises. The interplanetary journey is mixed with personal stories, grief experiences, and the strengthening of friendships.

The Guardians team is not a troop of flashy galactic rescuers. It's a group of nerds who regularly suffer from money troubles. The guys don't get along very well with each other. Gamora is accused of possible betrayal, Drax is peevish, and Quill tries to reconcile his partners. The only thing that unites the team is a desire for food and an empty wallet. They think of adventurous ways to make money and accidentally unleash the world's evil.

Marvel's Guardians of the Galaxy's strongest side is its powerful content. The plot is made not only from the "current" story but also from the characters' background. Twenty hours of gameplay keep players equally tense but do not suffer from monotony. Posh flashbacks are interspersed with at-home base sit-ins. Characters talk in a nonstop mode. The atmosphere of a journey and the story itself is created through their conversations. After all, even the world's saviours can be naive chumps. They wear shabby homemade clothes and eat cheap noodles together—the vibe of a commune or the weird family, whichever you prefer.

Eidos-Montreal did a great job on character communication. The connection of the characters affects their communication and the mechanics of the game. Teammates help each other climb heights, carry weights, and hack computers. Everyone takes on a task of their own. Together, the guys prove to be the most effective team.

Marvel's Guardians of the Galaxy unfairly exists in the shadow of the failed The Avengers. But those who didn't get scared and gave the game a chance praised the project. It is a bright and well-made story, sometimes sad, sometimes lively—a definite victory. 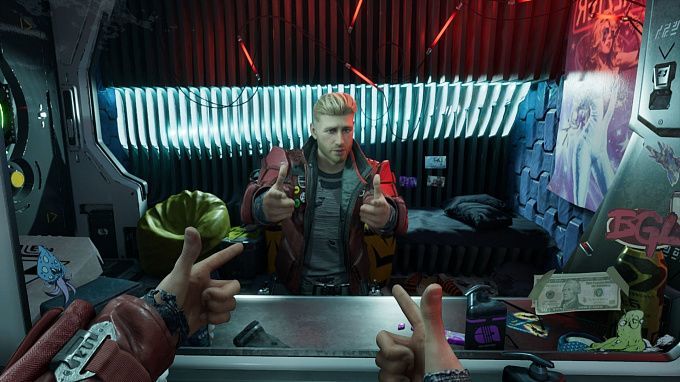 Marvel's Guardians of the Galaxy

Fans of Dishonored love this release. Arkane's creations resemble each other like sisters. The action of the games takes place in one universe. But Deathloop is an independent, cool and bright project. It is not for nothing that at The Game Awards, it was the leader in the number of nominations.

The gangster time loop story came out stylish and unpredictable. Colt and Julianna are a combative pair with an incredible amount of emotions. The characters get stuck in an endless series of deaths and resurrections. With the skill to rewind time, they come back into the world to start hunting each other all over again. The action takes place on Blackreef. It's an island of triumphant crime, where no one stops the couple from killing each other.

Arkane admitted that they originally focused on character design. The game is built around the main characters. Their concepts are thought out to the smallest detail. With the help of a military bomber, symbolic chevrons, and a tennis dress, the look is created from the details. And that works. The killer pair looks attractive and stylish. From the first glance at the cover of Deathloop, it's clear: it's going to be hot.

The main character to play for is Colt. He suffers from amnesia and is trying to get out of a time loop. The hero doesn't know how he got to the island and for which sins he is trapped in the plot. But he has a goal to eliminate eight visionaries. While Colt hunts them down, Julianna follows him. Either a second gamer or an AI can play as Julianna.

The result is a beautiful action and adventure. The visuals can be called the strongest side of the project. It looks cool. At The Game Awards, the project won "best artwork" and "best directing". According to Metacritic, Deathloop received eighty-eight points. If you are not yet accustomed to it, do not waste your time! The game is worth it. 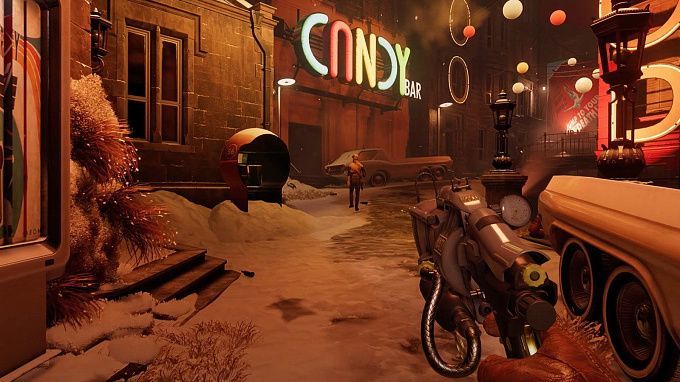 How can the results of the year do without a racing simulator? Forza Horizon 5 was just recently released on November 9th. But in a month, it has proved that it is worthy of being on the top of the best releases of 2021. According to Metacritic, the game won over ninety points, and that is a convincing argument.

Forza Horizon 5 once again proved that the most important thing in racing is the tracks. Playground Games made an effort not only to expand but also to fulfil the world. For this reason, the action of the game takes place in Mexico. The country's surroundings provide enough material to create a variety of locations. There are deserts and snowy mountains, volcanoes, and abandoned settlements. All this beauty surrounds the modern city of Guanajuato. That is why you will not be bored. Instead, you will have to get used to different conditions.

It is important to remember that Forza is a kind of a sandbox. There is a storyline. But it is not so important, and it is rather weak. The main task of a player is to race as much as possible. Also, you can explore a huge amount of content: thousands of achievements, five hundred car models, and online competitions. For sure, not everyone will like it: many people will consider it a monotonous game. But in Forza, there will be at least thirty hours of entertainment.

It is worth mentioning that the game was innovative in terms of inclusiveness. This is the first game in which they added sign language. The project was awarded at The Game Awards for its merits. Other awards for the simulator are Best Sound and Best Racing Game. 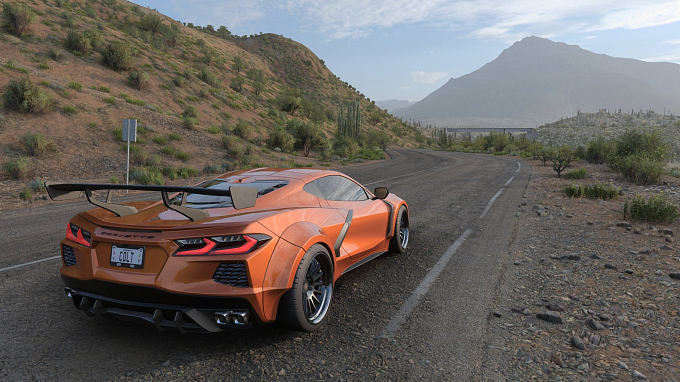 The list of good releases does not end here. But, the best of the best are already mentioned. These games were the bright stars of 2021. Thanks to them, we did not despair and have not lost faith in the industry. The stories are as diverse and different as possible. They all have one thing in common, which is a responsible approach. Thanks to the efforts of the developers, cool, well thought out and fascinating stories were released. 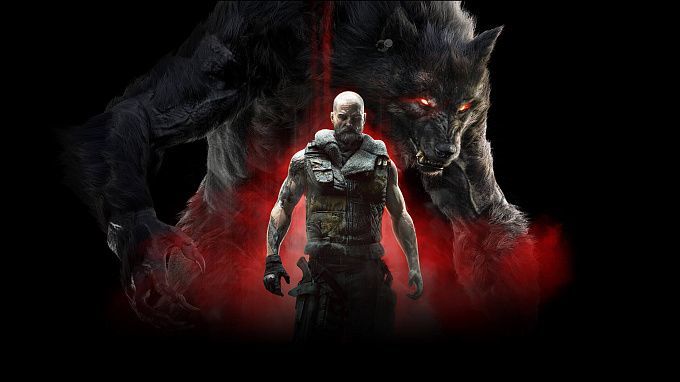 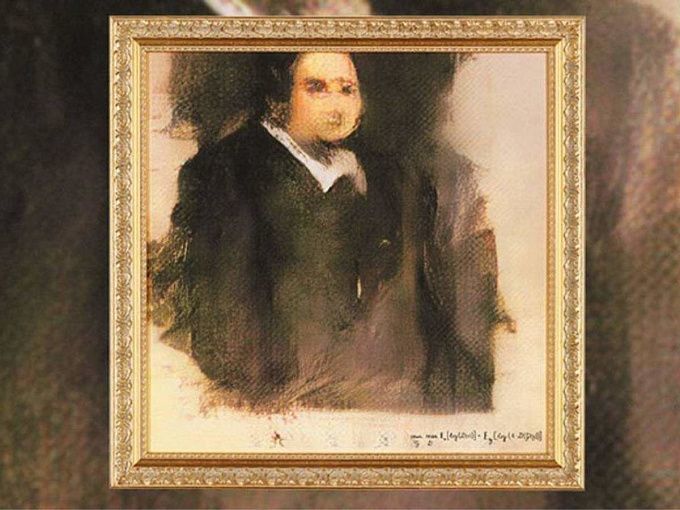