82% of the world's biggest cellcos are testing 5G

82% of the world's biggest cellcos are testing 5G

IHS Markit revealed that 82% of mobile operators participating in its recent 5G study are busy trialing and testing the technology, mainly in North America and Asia.

“Get ready, 5G is around the corner,” said Stéphane Téral, executive research director, mobile infrastructure and carrier economics, IHS Markit. “5G is going live in North America by the end of 2018, and then in South Korea in 2019. Most operators in Europe, however, aren’t planning to deploy 5G until 2021 or later.”

“Every technical aspect that’s related to substantial improvement in network performance -- lower latency, higher capacity, higher bandwidth, higher throughput -- while decreasing the cost per bit continues to receive high ratings in our survey,” Téral said. “This is logical because it’s the foundation of the 5G definition.”

Radio remains the most challenging network development item on the 5G agenda with 53% of operator respondents noting that radio is the area of the network that will require the biggest development effort to make 5G happen, followed by transport (24%) and management (14%).

Extreme mobile broadband (eMBB) was the highest-rated 5G use case driver among survey respondents, followed by real-time gaming. As real-time gaming requires a super-fast network with low latency, it cannot occur in the absence of eMBB; the same applies to high-definition (HD) and ultra-high-definition (UHD) video services and tactile low-latency touch and steer.

Even so, respondents expect fixed-wireless access (FWA) to be ready for commercial deployment first.

“The bottom line is early 5G will be an extension of what we know best: broadband, whether in FWA or eMBB form,” Téral said. “Don’t expect factory automation, tactile low-latency touch and steer, or autonomous driving to be ready on 5G any time soon despite being touted as the chief 5G use cases.”

Telecoms operators have a role to play in the digitization revolution

How mobile operators can make a difference to customer experience

Network coverage is the single largest determinant of customer satisfaction 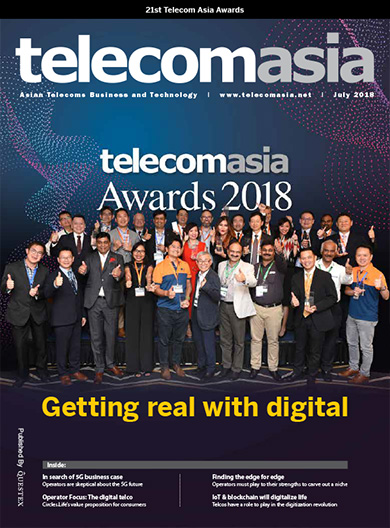 SD-WAN for telcos in the digital economy

5G: In search of business case

Telcos must learn from digital natives

The future of AI for CSPs