Malaysia’s YTL Communications is the country’s newest mobile operator but was the first to launch Voice over LTE (VoLTE) in July 2016.

A key to the competitiveness of the service - known as YES 4G - is the pricing, with a Double Data bucket plan which allows users access to both 4G mobile internet and 4G broadband networks at a competitive market prices. 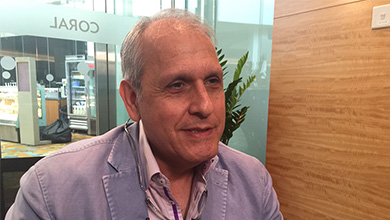 YTLC’s chief operating officer Ali Tabassi (pictured) told Telecom Asia that their LTE services cover 85% of the Malaysian population, making new capabilities available and bridging the digital divide for a rural population which have had limited access to sophisticated telecoms services in the past.

“We are now delivering a much better and modernized network to our customers, especially in the rural areas where many of them haven’t even had smart phones before,” said Tabassi.

“The new services give our customers the ability to use more advanced services, and of course helps them enjoy better and clearer voice calls.”

YTLC offers smartphones that use Qualcomm chips which, unlike many other chipsets that focus purely on data, deliver both data and voice.

While the network has been built by technology partner Samsung, another key partner has been Elitecore, which has provided the OSS/BSS system.

“Elitecore’s billing system enables us to offer creative packages to our customers, and help them enjoy true 4G mobile internet and 4G broadband which is completely unique in the marketplace,” said Tabassi.

“With Elitecore’s mediation we are able to offer many unique and competitive types of applications and services for our customers.”

The VoLTE service delivers clear HD voice and video calls, seamless voice/video call swapping during mobile calls and the ability to share multimedia images or website links during calls, all provided on the basis of an all IP network.

At the recent 5G conference in Singapore, YTLC’s chief executive officer Wing K Lee said that while the voice component of the new network had been well received in Malaysia, the next step was to develop new use cases, which would help to further monetize these services.

“One thing we have been working on is workforce management applications,” Lee said.

“Imagine that you have delivery vehicles such as trucks and lorries or you have service repair people doing plumbing jobs for example. If you were to leverage VoLTE to put an app layer on a phone to allow for new premium services that people would pay for, then this would be a new use case and could show the way forward.”

This article was first appeared on Telecom Asia Dec2016/Jan 2017