Oleksandr Usyk vs Anthony Joshua: A good big man is better than a good little man 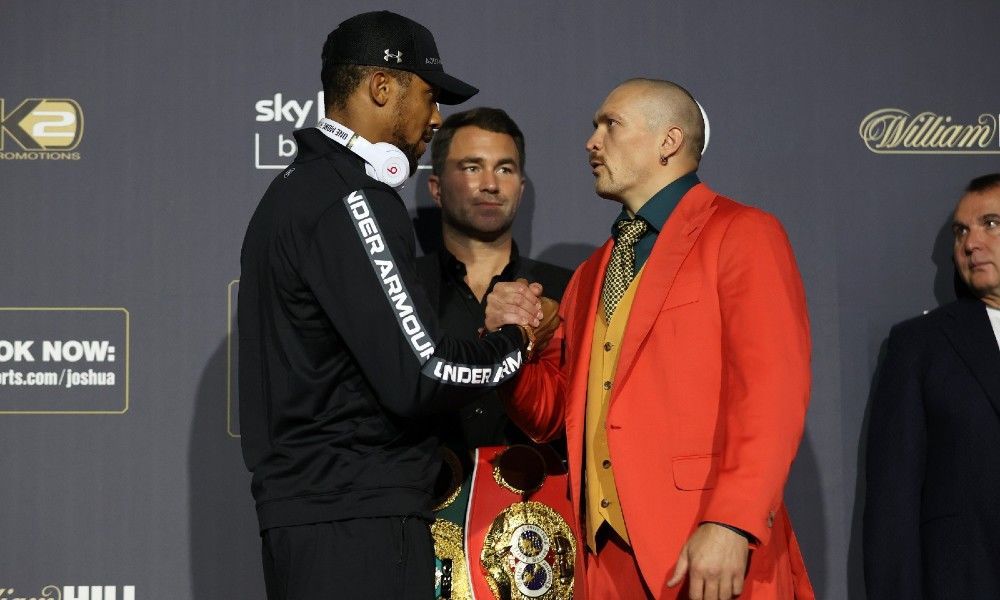 On the night of September 25 into 26 in London, there will be a fight between WBA, IBF, WBO, and IBO heavyweight champion, Anthony Joshua, and former undisputed cruiserweight champion and the WBO's heavyweight mandatory challenger, Oleksandr Usyk.

The entire boxing world froze in lingering anticipation of this fight. Tyson Fury, Deontay Wilder, and Andy Ruiz have already taught us that the super heavyweight division has stopped sleeping, and now fans of the sweet science are rubbing their hands with eagerness, counting the seconds till the bright moment when Anthony Joshua and Oleksandr Usyk will share the ring. And there will be three main championship belts on the line, by the way.

As the well-known saying goes - the winner takes all, or next to all, because the one who likes to wash belts off and dressed up as Batman is currently laying low, waiting for the third fight with Wilder.

Two Olympic champions, two world champions, one of them is absolute, but in the cruiserweight division. So, let's start with Oleksandr. A brilliant amateur. The champion of Ukraine, the world, Europe, and of course the Olympics. With such a background he was destined to have a great career on the professional level, and he did not let anyone down. Usyk confidently took on his opponents one by one. The climax of his performances in cruiserweight was the World Boxing Super Series.

To be fair, Oleksandr might not have danced after a win as he did after all his successful fights.

Mairis Briedis, who won the series the following season, gave Usyk a hell of a fight, showing that the elusive and flawless Ukrainian can also be beaten. The final against Murat Gassiev was also tense, but Oleksandr’s victory was much more convincing.

Then Usyk decided to gain weight, but fortunately not like Tyson Fury or Andy Ruiz, and went to conquer the most prestigious division, and here comes the most interesting part.

As a natural cruiserweight, Oleksandr was and will be clearly smaller than his opponents. His last fight was against aging but still very dangerous and unpredictable Derek Chisora, and he did not look too good there, to put it mildly - and the reason is the size of the Briton, who Oleksandr could not stop. Moreover, pushy and sloppy Chisora gave Usyk a lot of trouble by hitting him hard, pushing him into the ropes, and not giving him any space, making thousands of Ukrainians nervous.

There is a simple and understandable question: if Oleksandr had such a hard time against Chisora, what will be in a fight against much stronger, taller, more powerful, and technical Joshua? Let's look into it.

Anthony Joshua, likewise his current opponent, was a ranked amateur, world champion, and Olympic gold medalist. Joshua started boxing at the age of 18 and successfully combined his boxing career with a professional career of fooling around, drinking, and partying. Once he became a pro, Joshua started beating the crap out of his opponents with alarming frequency. He smashed anyone and everyone who dared to throw down the gauntlet.

Among his victims were such great fighters as Dillian Whyte, Dominic Breazeale, Carlos Takam, Wladimir Klitschko, and Alexander Povetkin, who unfortunately had no chance.

However, sometimes a Mexican happens to the best of the British. Out of the blue, Joshua was knocked out by Andy Ruiz. However, the rematch put everything in its place.

And now let's estimate the odds of Oleksandr Usyk not falling victim to another wild and unbridled opponent. There is a popular saying that a good bigger man will always beat a good smaller man. It seems to me that this is just the case. Oleksandr has everything - technique, speed, legwork, a relatively good, but weak punch for a super heavyweight. It's all the same with Joshua, only he's much bigger and stronger. Oleksandr seems to have gained weight, but it may badly affect his main trump card - speed and footwork, and without that, there's nothing to catch in this fight. Obviously, Anthony Joshua is the favorite.

Main Events of This Weekend: Accumulator Tip for October 2