Santos vs Bahia: Expect Total Under 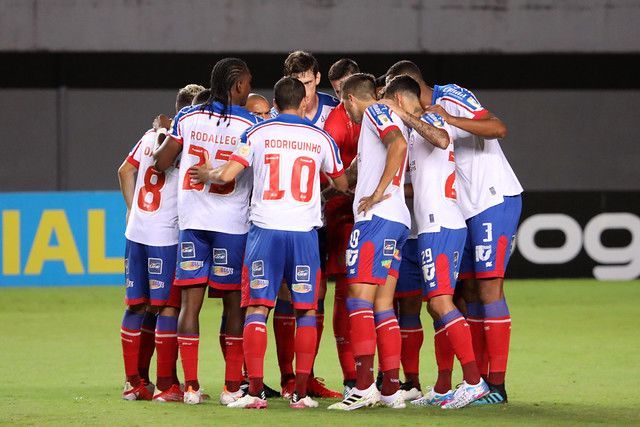 Santos will meet Bahia in round 20 of the Brazilian Série A. Currently, the teams are practically neighbors in the standings. Moreover, both Santos and Bahia are closer to the relegation zone than to the Copa Libertadores zone.

Santos has not won since their match against Libertad on August 13. Peixe were out of the Copa Sudamericana, one step away from being relegated from the Copa do Brasil, and they also dropped to 14th place in the Série A standings, out of the Copa Sudamericana zone. Future hosts are not even on the decline, but in crisis. It is not surprising that just the other day Peixe changed the coach, so for the upcoming match they are going to be trained by the 47-year-old Fábio Carille who used to work for Corinthians and two Saudi Arabia clubs

Bahia’s coach, Diego Dabove, is also relatively new. The Argentine was appointed immediately after the away loss to Gremio. The Salvadoran side played two matches under him, suffering a 0-2 defeat at the Maracanã against Fluminense and celebrating a 4-2 home win over Fortaleza. It's hard to say anything specific about the Salvadorans under the new coach, but the important thing is that Bahia needs points because the Tricolor is only three points ahead of América in the relegation zone. Bahia’s away stats are 14th in the division, +2=2-5, 10-16 goal difference.

The home team factor is crucial in this encounter, as their last four matches ended with the hosts winning. Both teams are motivated, both have changed coaches. While the club from Salvador has already played 2 games under a new mentor, this game will be a debut for the new head coach of Santos. It’s hard to pick a favorite, but it seems like a great option to bet on Total Under and not expect many goals in this game: TU (2.5) for 1.73, BTTS - No for 1.90, X2+TU (4.5) for 1.84.