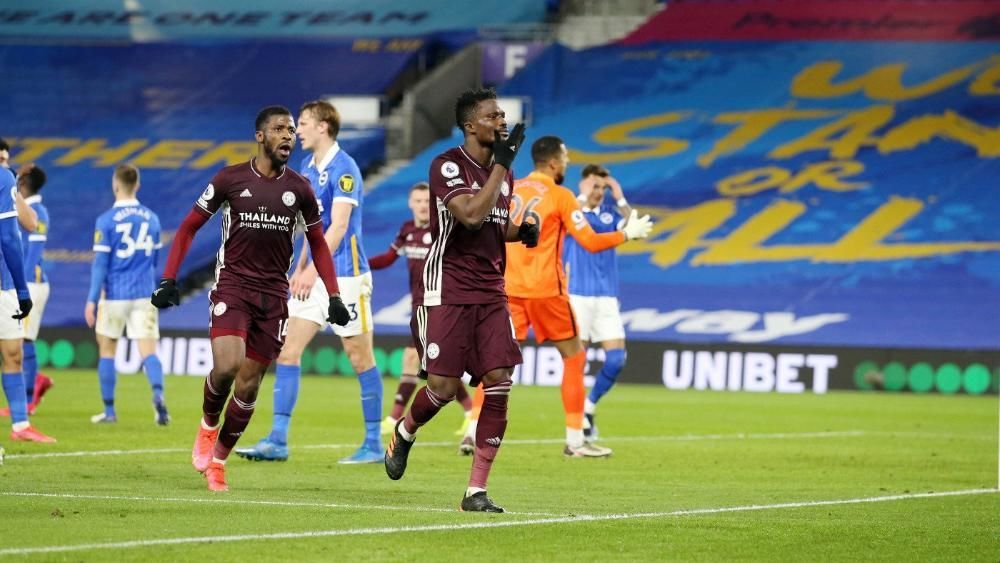 Brighton and Leicester, two attacking teams, will play each other on Sunday. Right now the Seagulls are ahead of the Foxes. Will the upcoming game turn the tables? Who will win in a tactical geeks confrontation?

Brighton is being rewarded for their poor attack in the past two seasons. The Seagulls have won four rounds and sit 6 in the table, one point behind the top four. Graham Potter's side managed to beat Burnley (2-1), Watford (2-0), and Brentford (1-0). The latter was snatched in the last minutes of the game. The only defeat came at the hands of league leader Everton (0-2).

Leicester won two games and suffered two defeats. Brendan Rodgers' team managed to beat Wolverhampton (1-0) and Norwich (2-1). The defeats came from West Ham (1-4) and Manchester City (0-1). On top of that, Leicester started their European campaign this week with a home game against Napoli. The Foxes were ahead throughout the match (2-0) only for Victor Osimhen to score a double and achieve a 2-2 draw as a result. We’ll see how Leicester will do playing both in the EPL and Europa League.

Brighton and Leicester have played each other 37 times, Leicester leading by a score of 18-12. Brighton’s been playing in the EPL since 2017, and the Seagulls have never managed to take the upper hand against the Foxes. Last season, Leicester won 3-0 at home, and in the second round at the Amex, the visitors snatched a 2-1 comeback victory, scoring the winning goal on minute 87.

The game promises to be very tense with no massive lead for one team. The match will see not so many goals scored. Bet9ja gives odds of 1.70 for Total Under (2.5) Goals.

Apart from that, the first goal isn’t going to be scored at the beginning, as it’ll take some time for the teams to warm up and observe each other. Moreover, they are coached by experts who pay attention to every detail. That is why we assume that the first goal won’t be scored in the first thirty minutes, happening between the 31st and the 90th minutes including the stoppage time instead. 1xbet gives odds of 2.15 for this betting option.

You can also consider betting on the goal from the legendary Jamie Vardy. He has two goals under his belt this season and that's just the beginning. Betway gives a generous odds of 2.95 for it.