Salernitana vs Roma: Mourinho and his team will win their fourth victory in a row 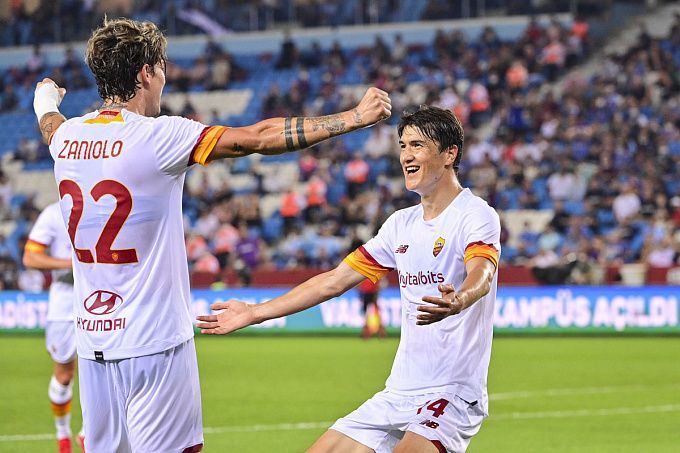 Roma are performing very well under Jose Mourinho in the new season so far. Three victories in three games with a total score of 8-2. Will the Giallorossi be able to extend their winning streak in the away game against Salernitana? Let's analyze a few bets for the second round of the Italian Serie A.

Salernitana made a decent debut in Serie A

The club from Salerno, the same for which Ruslan Nigmatullin once played a dozen games, began its first season in the Serie A after 25 years with an away match against Bologna. Success was close: Fabrizio Castori's side were 2-1 up after 70 minutes. However, Bologna's superior performance had an impact. Before the end of the match, the Bologna scored twice and won 3-2. However, Salernitana deserved to be given their due. They did not manage to score any points, but the team looked more than worthy against the performers of the elite championship.

Roma under Mourinho is a strong team

Revitalization - that's the word to describe this season's performance of the club of Rome. The club's honor and glorious reputation are coming back not only by the organization in the of the club but also by coach Jose Mourinho. The legendary Portuguese coach has noticeably tarnished his reputation in recent years, so a new challenge for him could not come at a better time.

So far, it's been going above and beyond the call of duty. A confident 3-1 victory over Fiorentina in the first round and two wins over Turkish Trabzonspor in the final round of the UEFA Conference League qualifying. After a 2-1 away win over Trabzonspor, the Romans also defeated the Turks 3-0 on their home field last Thursday.

Fans of football from the former Soviet Union are, of course, pleased that Eldor Shomurodov plays a significant role in Mourinho's Roman team. In the return leg against Trabzonspor, the Uzbek forward once again got plenty of playing time, appearing on the pitch early in the second half in place of Tammy Abraham.

It's unlikely that Roma, who have made such a strong start to the season, will have any problems in Salerno. The teams are, frankly, not comparable, so the Romans' offense, including Eldor Shomurodov, will certainly have plenty of opportunities to score.

Prediction: Mourinho's Roma will get their fourth win in a row.