Norway U21 vs Austria U21: Bookmakers underestimate the Scandinavians 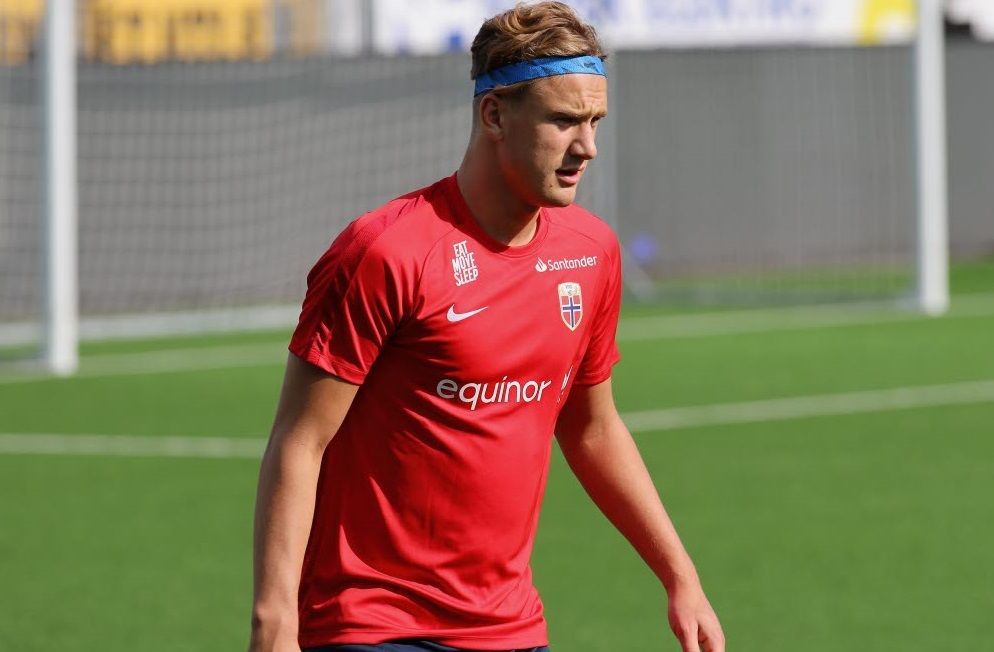 Another match of the 2023 Under-21 EURO qualification will be between Norway and Austria. The away team has already had the first victory. Will they be able to consolidate their success?

Norway U21: a mix of talent and past experience

The country that gave the world the soccer genius in the face of Erling Haaland has been left out of the European U21 Championships for 8 straight years. In 2013, the Norwegians reached the semifinals, having missed 7 top tournaments in a row before that. Now the team's head coach, Leif Gunnar Smerud, has a number of talented players to train who are already well regarded in Europe.

Jørgen Strand Larsen scored 9 goals and made 5 assists for Groningen in the last Eredivisie, while winger Håkon Evjen has recently moved to the Netherlands. Andreas Schjelderup is already a key player for Nordsjælland at the age of 17, Kristoffer Klaesson has moved to Leeds, Kristoffer Askildsen made his Serie A debut for Sampdoria and Martin Palumbo from Udinese has joined Juventus U23. With such players in the squad you cannot but fight to make it into the Euro-2023 finals.

In the last qualifying tournament, the Norwegians were not in the best group with the Netherlands and Portugal, who made it to the Euro-2021 semifinals, and the Portuguese won the silver medal. Klaesson, Askildsen, and Larsen have gained some great experience in the previous qualification, and the other players of this squad were occasionally called up to the youth team. In total, Leif Gunnar Smerud's team has had 3 wins and 4 losses in 8 games, defeating only Cyprus and Gibraltar, while failing to take points from the group leaders.

Austria U21: huge motivation after a bitter defeat

It’s been only 2 years since the Austrians debuted in the finals of the European youth championships, though they didn’t make it to the 2021 U21 EURO for being the worst team in the qualification to finish second in the group. Now the team's chances of qualifying for the top tournament are rather high: the competitors are about on the same level, and many of the players have already debuted for the strongest clubs in Austria.

Chukwubuike Adamu, for example, scored 15 goals for Liefering and St. Gallen last season before returning from a loan spell to Salzburg and making his first appearance in the Austrian Bundesliga. Nicolas Seiwald is in the Red Bulls starting lineup, Emanuel Aiwu and Leo Greiml form a well-rounded centre-back lineup at Rapid in Vienna and Matthäus Taferner is making progress at Wolfsberger. There are also those who have left for European top leagues. Patrick Wimmer made his debut in the German Bundesliga for Arminia, and Flavius Daniliuc of Nice is one of the leaders of Austria U21. The young defender has played 24 matches in Ligue 1, scoring one goal.

The current squad of the Austria national under-21 football team has been playing for quite a long time. They have won 3 friendlies: after thrashing Saudi Arabia 10-0, the team beat Poland (2-0) and Slovakia (2-1). The Austrians kicked off their 2023 EURO qualification in the summer with a 2-0 home win over Estonia. The opponents had no chances, while Austria U21 managed to take it to the finish line. The 26 shots on goal prove it, while Estonia U21 took two shots on goal but failed to hit the post even once.

The teams have met only in three friendly matches so far, Austria losing none of them and winning once. The last game was in 2015 and ended in a 2-2 draw.

Both teams have a lot of promising players, with half of the Norwegian squad having experience playing in official matches. The Austrians may be slightly ahead of their opponent in terms of players, but the home field factor can't be dismissed, and the away team being the favorite is a bit questionable. Austria U21 creates a lot of chances and can count on a goal, but they may have problems dealing with opponents stronger than the Estonians. Here are some great betting options for you: