Switzerland vs Italy: Gli Azzurri to win a productive match 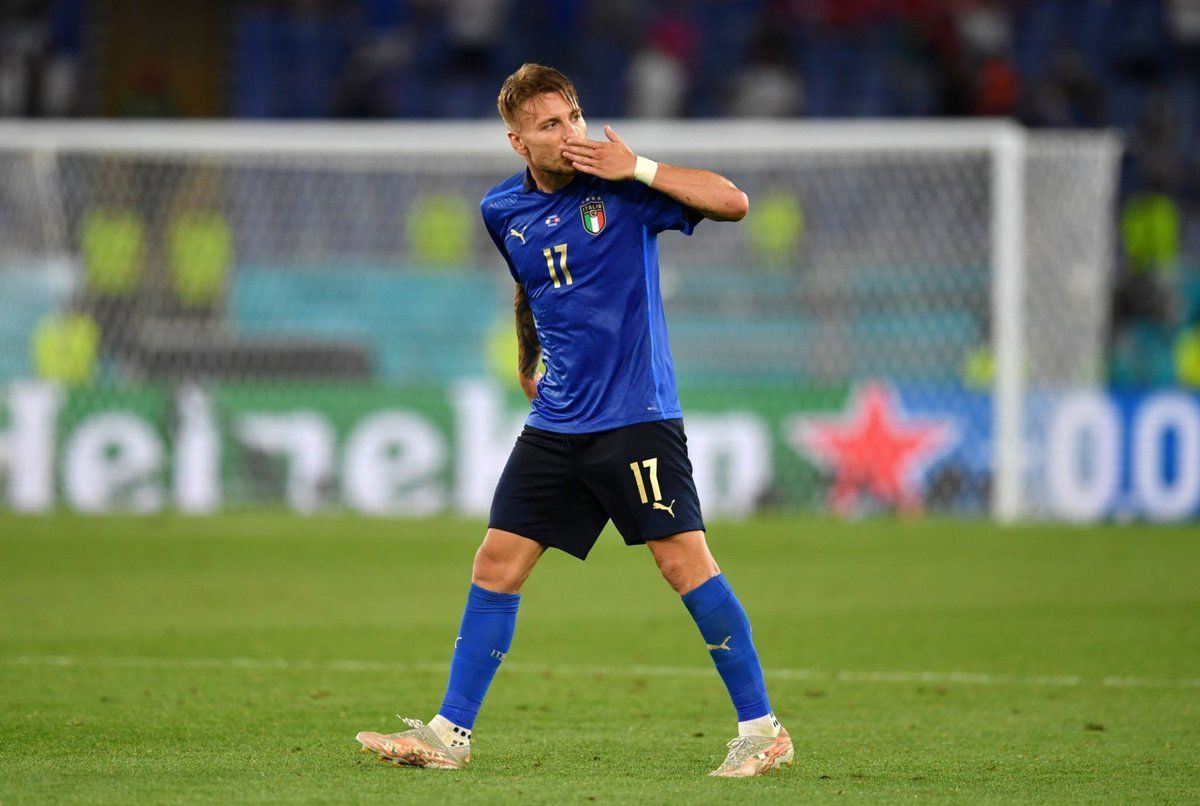 The Switzerland national team players haven't been able to defeat the Italians 9 games in a row. Will the Red Crosses manage to break such an unlucky streak? Our prediction: Gli Azzurri will be closer to success again!

The Switzerland national team is going through great times right now. They didn't have much trouble qualifying for Euro 2020, where they not only managed to get out of the group, but beat France in 1/8 finals in a penalty shootout, and in the quarterfinals also reached the post-match kicks, but this time Spain has already turned out stronger. 2022 World Cup qualification is also a success for the Red Crosses; in the first two rounds, they have managed to defeat Bulgaria and Lithuania 3-1 and 1-0, respectively. Murat Yakin's team held one friendly against Greece in September, winning it 2-1.

The Italy national team is another team that finally returned to the elite of European soccer. The crisis of Gli Azzurri seemed to last or a long time, as the champion generation is already gone, but Roberto Mancini came to prove once again that the Italians are able to tackle big challenges. First, they easily qualified for Euro 2020, and then won the final part of the tournament, showing bright and spectacular soccer. A spectacular achievement! Apparently, the celebrations were too long, so the triumph was followed by losing points in a 1-1 draw with Bulgaria, despite possessing a huge advantage throughout the game.

The teams have met in 58 matches. The Swiss have won 7 of them, the Italians were stronger in 29 games, while 22 games ended in a draw. Gli Azzurri also holds an advantage in terms of goal difference (109-65). The last time the rivals met was at Euro 2020 when Italian players celebrated a 3-0 victory.

Switzerland and Italy met not so long ago, two and a half months ago, when Roberto Mancini's team defeated the opponent at the group stage of Euro 2020 (3-0), and then got to the trophy. Murat Yakin is now in charge of the Red Crosses, but he is unlikely to get the most of his players in such a short span of time, as Vladimir Petković failed to do it. What's more, the Italians slipped up in the last matchday, so now they will be highly motivated, which makes it even more difficult for the Red Crosses to score points. Thus, it's a great choice to bet on the victory of the Italian team for about 2.036.

We've gotten used to seeing the Italy national team play very entertaining and productive soccer. In the playoffs stage, they always scored and conceded, so this streak isn't going to be broken, as they managed to concede even from Bulgaria. Switzerland is an even more bright and attacking team that will not sit in defense on their field, although it's not the worst option in the tournament, however, they just don't do it. After all, the backbone of the Red Crosses plays in Italy and Germany, where it is not customary to defend. That's why the optimal option to choose seems to be Total Over 2.5 for 2.15.

Ciro Immobile played another weak match in the last round. Playing against the Bulgaria national team the forward must find his chance and use it, especially with the draw, which was kept until the last minutes of the game. The 31-year-old player is in good form now, he showed it by his four goals in the two opening rounds of Serie A for Lazio. Moreover, he also scored a goal in the recent encounter against Switzerland at Euro 2020, so betting on Ciro Immobile's goal for 2.30 is worth looking into now as well.