A couple on the ice — a couple in life. Milokhin and Medvedeva - love, friendship or hype?

The youngest pair of the Ice Age show is rather popular today. Moreover, they do themselves constantly add fuel to the fire. Danya makes a tattoo to express his feelings towards Zhenya, they make some cute tiktoks together from time to time, they hug and kiss on the camera. Metaratings.ru found out if it's just friendship or something more than that.

The bright couple did not start off as positively as they look now. At first, Medvedeva was very upset that she would have to work with a 19 year old blogger. “I didn't follow him. I went to the first trial as to the place of my execution - Milokhin - that tiktoker - and skates?! Danya was already sitting there, waiting for me. And somehow I immediately calmed down. His pretty blue eyes looked straight into my soul, like - "Come on, teach me to ride, I'm ready, I understood everything."

During the training the skater changed her mind. She saw that Danya can firmly stand on skates, and not only shoot videos on TikTok. Evgenia is pleased to see how quickly the blogger learns everything he has to - like all the new elements, and how responsibly he trains during the workouts.

A pair of Milokhin and Medvedeva is the main find and a brilliant PR move of the Ice Age. Obviously, the guys will not leave the project long before the final, as the views of the show will immediately drop. For example, the first performance of the couple to the song “Suis-moi”, where Danya dropped Zhenya, “ripped to shreds” the entire media space. This is exactly what the creators of the project need. By the way, this did not affect the sweet relationship of the couple.

Fortunately, Evgenia was not injured, and even showed some support to her partner afterwards. Milokhin got his fair portion of threats only from Tatyana Tarasova, who said she won’t forgive the Tiktoker if he would again drop on the ice the two-time world champion.

The couple's second show was as memorable as the first, but in a more romantic theme. The guys performed to the song “I Love You” by Billie Eilish, melting the hearts of the jury, and Milokhin, to the beat of the song, went out on the ice in a white T-shirt with the inscription “I love you”. During the interview, the blogger hugged the skater sweetly and told everyone about how much do they have in common. It turned out that they even do a manicure together.

And of course, the possible love of 19-year-old Danya Milokhin and 21-year-old Zhenya Medvedeva is the main storyline of the eighth season of Ice Age. The jury and fans are delighted with the show's youngest couple. Tatyana Tarasova is touched by them and calls their performances "tender", Irina Slutskaya regrets that Danya became a blogger, not a figure skater. Videos of their shows instantly scatter across social networks. Not a single pair of the "Ice Age" is given even half of the attention as "Medvelokhin". 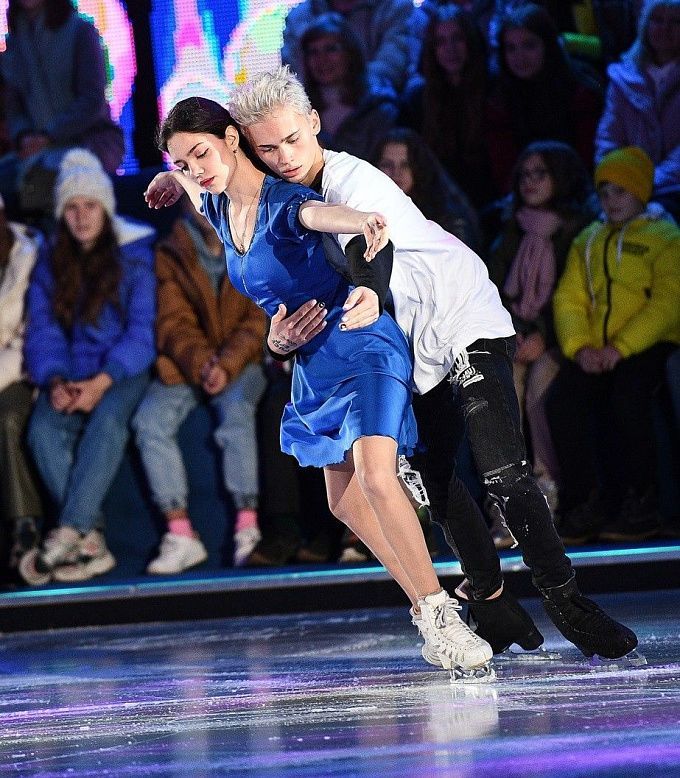 The blogger himself likes to stir up the interest of the audience. For example, he made a provocative tattoo of a bear cub with the words "I Love Danya" written on its belly. In addition, an unambiguous inscription "Zheka" appeared on the boot of the skate. The skater reacted ambiguously to her partner's act: “I was shocked and even asked to take a piece of it off. Which one? The inscription on the belly. Well, okay, his body is his business, so let it be." Later Medvedeva admitted that she does not like being called "Zheka". Well, Danya didn’t know. 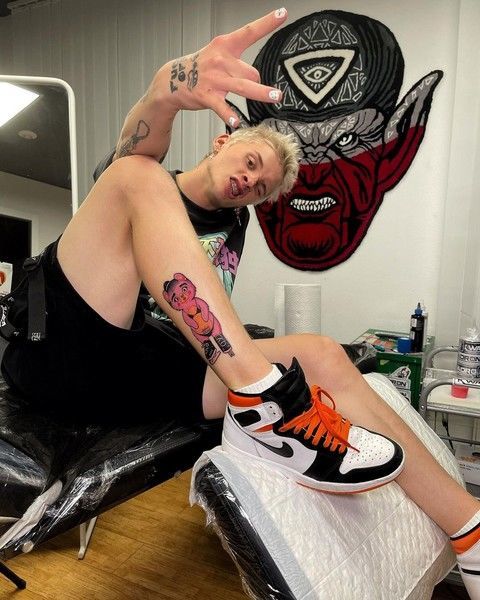 Are they dating? It's hard to believe in their love. Outside the project, Danya and Zhenya do not communicate, each has its own life. Milokhin has a blogging party, music awards and constant filmings. Medvedeva has sport projects that do not overlap with show business. It turns out that the couple's fans only wishful thinking.

However, the blogger commented on the rumors about a possible romance with Zhenya: “How should we treat this? It doesn’t piss me off, it’s clear why this is happening. It's nice, we send each other the videos that the kids edit for us. I send it to her, and she to me. Says: "Look how beautiful it is." We are drawn, we also share this. It's interesting, and if they will stop it will get boring."

As we can see, Danya did not flatly deny the relationship. At the same time, the blogger still hinted that the rumors about their romance were greatly exaggerated. This means that there is no love, only companionship.

We will continue to observe this beautiful couple on the "Ice Age". In the next issue, Danya and Zhenya will act as the Joker and Harley Quinn from the acclaimed Suicide Squad movie.

The skater announced the show theme on Instagram: “They became the king and queen of the criminal Gotham City. And God forbid to offend the Queen... ". The fans remained in wild delight and are already looking forward to their performance. We will also wait for it.