We continue to recollect the year's highlights in the universe of professional Counter Strike: Global Offensive. This time we will focus on the failures, the funny episodes that amused the players of the pro scene. The second part of the year was richer in such episodes, so don't be surprised if we have a few moments from PGL Major Stockholm 2021 or ESL Pro League Season 14.

So, let's get started! 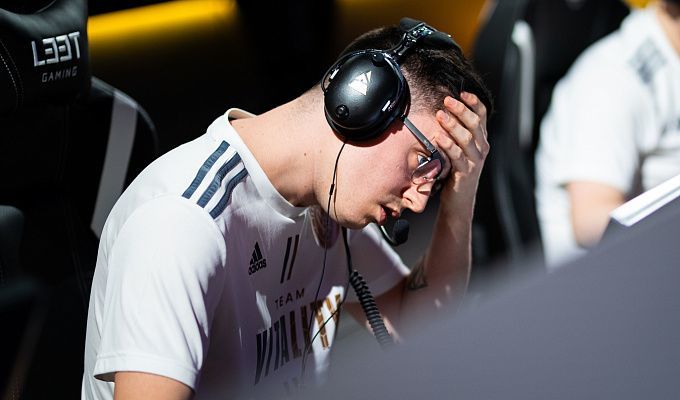 IEM Winter 2021. FaZe Clan makes every effort to win the last tournament at the end of the year by winning the first map from Gambit Esports, then making a comeback on Overpass. Second overtime, one round for the Red Machine. The Europeans decide to give it up in the most miserable way possible, later suffering a loss, scrapping a successful performance at their pick and a comeback. The faces of the team's two young stars best characterize the situation.

9. Niko (G2 Esports) does not shoot at point-blank range in the semifinals of the majors

Nikola Kovač has had an outstanding year. He is a real contender for HLTV's top-2 player of 2021. His exceptional level of shooting and reading the game puts him above the rest of the riflers, but a couple of episodes darken the memory of many of his accomplishments. Let's start with the less decisive one. PGL Major Stockholm, semifinal game against Heroic, the decisive map Inferno, NiKo waits in an impossible position for the game's timing with two opponents on the way to spot B. He anticipates his opponents' actions, but he fails, rushes, and makes a hard fail in the decisive moment. Kovač didn't know then what could be worse. But, we will tell you about that much later.

Once again, the Canadian is the hero of our top, but this time he came out the winner against the unstable sniper of the German organization MOUZ. On the ESL Pro League Season 14 map Overpass, acoR caught the worst timings possible, losing two FaZe Clan players, but eventually spotted one and missed the AWP at point-blank range. Extremely funny episode!

This is often the case with amateur players: when you go in behind your opponent, hoping to take them all at once, but at the last moment, your plan collapses. The Bumblebees captain did even more fun. He decided to skip two players from the CIS team and looked at several points but got so involved that he did not see his opponents come back. So fate will punish the Frenchman, not for the last time in our ranking.

We are sure that most of you watched the CIS teams fight in the semifinals of PGL Major Stockholm 2021. The next episode most vividly captured the soul of CS:GO viewers, the captain of Natus Vincere caught the captain of Gambit Esports on the bombshell, stabbing him with the classic "left, left, right" set-up without long hesitation. After that, the Red Machine finally went into a tilt and never came back. Total demoralization is demonstrated in this way, and Kirill Mikhailov gave the fans a real highlight, which occurred due to opponents' mistakes.

5. Stanislaw (Evil Geniuses) vs apEX (Team Vitality), the way not to be played in a clutch

Once again, a highlight from the last major, a player did everything right until the very last moment but then scared himself. Inferno map, one on one, you have kits, the Molotov cocktail in your hands, you know your opponent's location in the covers. The EG representative turned off the opposing team captain with fire, ran to clear the bomb, but for some reason made a fake and lost precious second and a round. With 4% health, the Frenchman got the point for his team. Unexplainable decision!

4. apEX (Team Vitality) vs NaVi, when you haven't decided whom to kill

The latest episode in this selection. In this past BLAST Premier World Final semifinals, Team Vitality suffered another defeat against Natus Vincere, allowing them to take revenge on the Nuke map. In one episode, Dan apEX Madesclaire, with a Glock pistol in his hand, caught three players of Born to win in the Main but was unable to kill any of them and save the round/game. The reaction of Dan and Mathieu ZywOo Herbaut is more than any words.

Next in line was a fail, in which the representatives of the CIS teams participated. Having arranged a real slaughter on Vertigo, the players pleased fans with several highlights, but most memorable was the clutch of sh1ro, which was almost impossible to take. Quikert allowed his opponent to place a bomb, missed several times at the point-blank range, then got a headshot and left his teammate alone. Gambit's sniper took care of him effortlessly. The question "how?" arises by itself every time you watch it.

If we look at the general meaning, the first place of our top, of course, beats the silver medalist, but the meaning of the notion of failure in CS:GO is the most vividly shown in the fragment above. Such mistakes are typical for the newcomers to the game, but not for a cyber athlete in a team that has taken the majors three times. Jackinho stepped a few times, threw a smoke. Ilya Zalutskiy was still distracted by the sniper's teammate, but he couldn't kill him twice at point-blank range with an AWP to the back. After that, it's worth deleting the game. By the way, Jackinho was soon dismissed from the team.

Who could have taken the top position if not a historic moment from Kovac, which has already become a meme, a cause for endless speculation? In the most crucial moment of his career, the world's best deagler did not kill s1mple three times on the Nuke map at the PGL Major Stockholm 2021 finals with his favorite pistol. This moment gave even more confidence to Natus Vincere, which by making a comeback, took the title. Fail will haunt Nikola until he wins the majors because he stumbled in the decisive stage. The fail that makes you more sad than happy. Let's wish NiKo to achieve greater heights sooner to be the first associated with this moment.