Topa About NAVI Junior, Playing With Edward And ink mate Accusations In 322 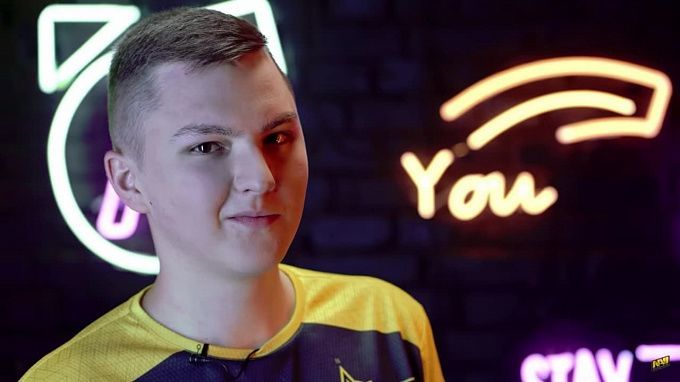 — Hi, you were in the NAVI Juinor project for about a year and a half. Share your impressions about that time. Were your goals met? Are you happy you got into this project?

– Hi. The NAVI Junior project gave a very quick flow of important knowledge and invaluable experience. It's not just about in-game moments. It also taught me and gave me a better understanding of regular everyday moments in life, communication, and understanding outside of the game. As I mentioned above, we learned quite a bit of the psychological component, not only in-game, but in life as well, and it paid off.

— At NaVi, you worked with ami and B1ad3. What kind of experience did you get from them, and did it change your perception of the game?

– The perception of the game has changed for sure. You could say, "everything found its place" in the game. I understood how a round goes from the beginning to the end and how you should behave during that round. I learned something new, somewhere, I was convinced that I was right in this or that understanding of the situation, and somewhere I realized I was wrong. I tried to listen and hear everything the coaches told us, which was the most important, and later used it in the game.

— B1T and m0NESY are the main graduates of NAVI Junior. If everyone expected Ilya's transition to a high level, then B1T was a surprise for many. Did you expect Valera to shoot like that? Also, can you describe him as a player and as a teammate?

– For many people, Valera was a surprise, but not for me. From the beginning of the project, as we went to NAVI Camp, I felt I knew, and I was sure that he would either earn a place on the first team or become part of another tier-1 team. I played many locations with Valera, and we always understood each other and found common ground. He always heard me, and I always heard him. I always enjoyed playing with him. He was like a little brother to me. We exchanged many opinions and visions both on the game and in life moments that were not related to the game.

— Recently, Amiran said that you "left to win the majors" and that he would like to play one season of WePlay with you. How did you decide to leave? Did NAVI or Amiran offer you to stay?

– The decision to leave was made for several reasons. But to be more specific, we have always had a limited pool of tournaments available to us: the Minor and the ESEA league, where you could show yourself very well. I wanted to play every tournament without exception. I always wanted one team, one group, the guys with whom I would go from my first training to a potential champion title. It was impossible in the NAVI Junior project. After discussing all possible options for future development, I decided to grow and develop outside of the team.

— Recently, ink mate accused you of 322. Have you seen this video, and what can you say about his arguments? Do you think it's all just for hype, and the whole situation is just sucked out of thin air?

– It's impossible not to notice when even the people closest to you share it with you. Initially, it affected me mentally. But today, I can say it was a very strong push for a fresh flow of energy and a boost of motivation to get results and show what I'm worth. I have never had as much time as I do now, and I have never had such an approach to the game. Words can't fix the situation in any way, and now it's a star-studded task for me to reach the championship, and I'm willing to do whatever it takes and even more.

— Starting from spring through September, you played with kapacho, Edward, rAge, and L4F under the KHAN tag. Did you have contracts, and what was it like to play with Vanya?

– Vanya is a wise man with vast and invaluable experience as a background. He has brought some benefit to the team both in and out of the game. If he wants it badly, everything is in his hands. He will return to a good level. I'm sure that the rest of the guys can show a good result if they strongly want to and will do their best for it.

— What team are you in now, and what are your goals and plans for the future?

– I'm playing for the English-speaking team Ambush now, we've been playing for something like a month, and we see good results. People here live and breathe the game, which I was looking for. Not everyone is willing to give as much time and respect to the game as they do here. We went out and also received several offers from tournaments. We'll see what results we show there, and we will be guided further by that. There are no contract prospects, so I'm still a free agent. Plans are very ambitious. I'm considering all possible options. I'm ready to fly to any part of the planet to achieve results and find myself a new, warm home, as NaVi. I stream a lot, train a lot, rest a little. I live my dream and go to it day by day.

– Thank you for your attention, and a special thank you to my family and fans who still believe in me and are keeping their fingers crossed for me.