Botic van de Zandschulp vs Rafael Nadal Wimbledon 2022: How and where to watch online for free, 4 July

We are now into the Round of 16 and the competition level has hit peak levels. The first few rounds brought a lot of upsets but the two seeds in men’s singles remaining implies that the rest of the players are yet to catch up to the parameter set in the leg. This goes for Rafael Nadal who will face Botic van de Zandschulp on July 4. Botic comes into the game after defeating Richard Gasquet 7-5, 2-6, 7-6, 6-1. Meanwhile, Rafael Nadal defeated Lorenzo Sonego 6-1, 6-2, 6-4. Botic comes into the game as the 21-seeded player whereas Spaniard Nadal comes in as a second-seeded player. It is clear who is the favorite here but at this point in the tournament, players have gotten well acquainted to the conditions. Who will come on top here?

How to Watch Rafael Nadal vs Botic van de Zandschulp?

BBC continues to have the major broadcasting rights for Wimbledon games in the United Kingdom. For those who reside in the USA, you can catch this tournament on ESPN. EuroSport is going to transmit the game to European nations. To those who live in the Indian subcontinent, Star Sports is going to telecast the game. To those who want to stream the game, Hotstar is going to do so for Indian subcontinent viewers while Fubo, Sling TV, and Hulu TV are going to do so for global viewers. 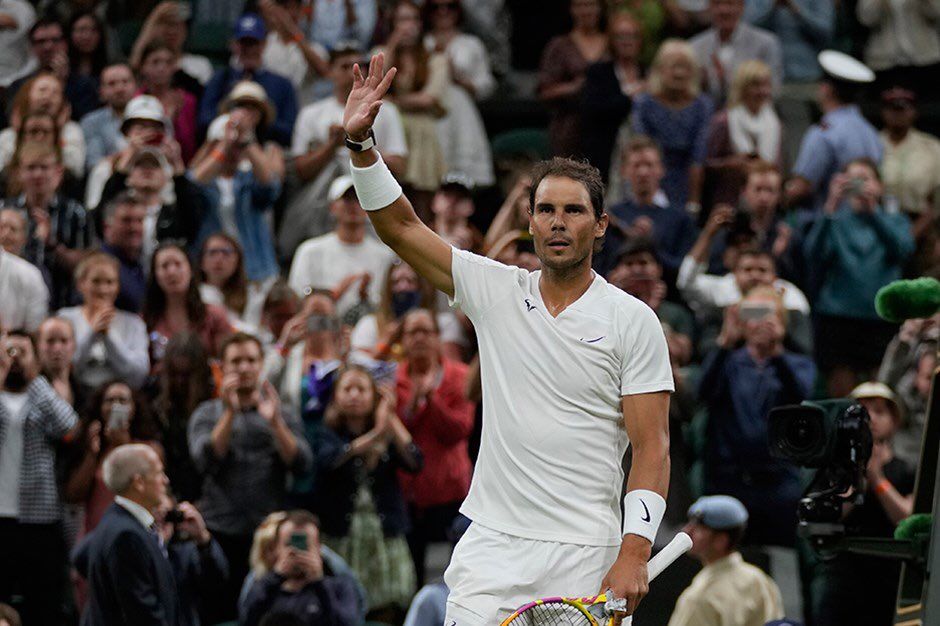 Botic van de Zandschulp: Can he get out of the shell?

Botic comes into this game after beating the french athlete Richard Gasquet. It wasn’t an easy win for the Dutch player at all. Richard came into the game with a lot of fire and left Botic guessing for many points. However, van de Zanchschulp has taken a liking to the grass surface and was doing an amazing job of reading the pace, thus able to counter many serves. He eked out a huge 54-35 receiving points advantage and at a point won 18 straight points.

Rafael Nadal: He is in the groove

Rafa has been getting in the groove lately and he had his most commendable win against Lorenzo Sonego. The young Italian looked clueless against the flurry of Nadal. His service game was the best it has been throughout the tournament and this is not a promising sign for the rest of the competition. During the first set, the scintillating Spaniard had a 100% win on the first serve which clearly showcases his domination. He had a win percentage of 78% first serve and 78% on the second serve.

Rafael said that he was not completely satisfied with his effort in terms of service in the two games. He showed his full game in the last contest and has been doing a great job lately of sending effective returns. There is no doing that Nadal is looking primed to make a deep run here and if you want to bet your money on it, then you can go ahead and do it. Because to me it feels like he is only going to get better.

Who will win the match between Rafael Nadal and Botic van de Zandschulp?

Nadal is one of the unstoppable forces in the world and he has given a lot to the tennis world. Comparatively, Botic has been still an amateur compared to Rafa and he is still learning to go deep into the major tournament, this year being his best by far. Nadal and Botic have met once and in the last meeting which was during the last Grand Slam caled French Open, where Rafael won 6-3, 6-2, 6-4. Can Botic exact revenge? Unlikely.

Will this game last three sets, four sets, or five sets? There is a sense that Rafael can dismiss matters early but Botic has been fighting well in the tournament and it is clear that things are looking tricky. That’s why a bet “under” 33.5 can be a safe bet which has the odds of 1.96.